In addition to Darlene’s business interests, she is a passionate advocate for children.  As a Certified First Responder, she worked hand-in-hand with the FBI and Riverside County Sherriff's Department, helping victims of child trafficking.  Darlene is an active leader and public activist.  She founded and directed the Women Against Child Trafficking Foundation for five years and was a proud volunteer of the Riverside County Against Human Trafficking Task Force from 2010-2015.

In 2013, Darlene was appointed and served as a Riverside County Commissioner for Women.  In 2012, she received the President’s Volunteer Service Award, which was presented along with a signed letter from President Barack Obama.  Darlene also earned the National Association of Female Executives (NAFE) Award of Excellence for 2012, the Woman of Significance Award for 2013, and was selected by the Menifee’s Chamber of Commerce as “Mrs. Menifee Chamber of Commerce” in 2012 for her efforts in the community helping women and children.  She’s been an active member of the Chamber of Commerce for over 20 years.  Darlene is also an accomplished national public speaker, primarily representing her foundation and other related causes. 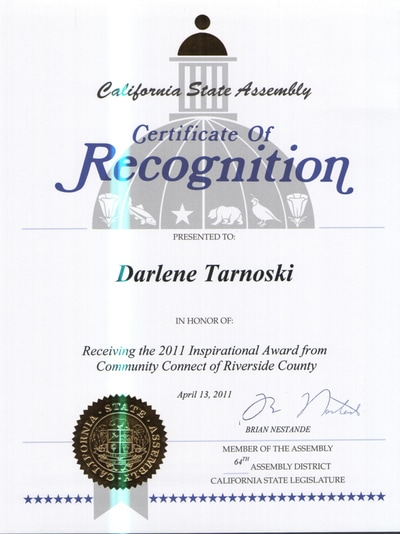 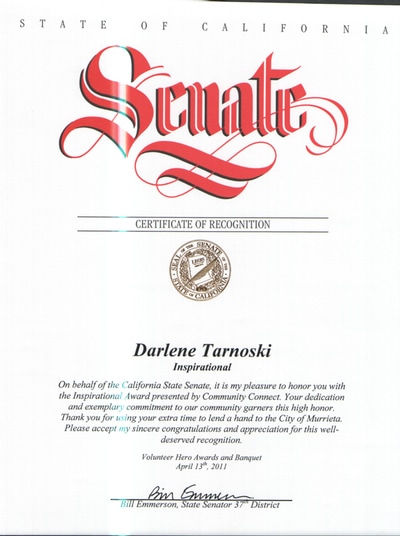 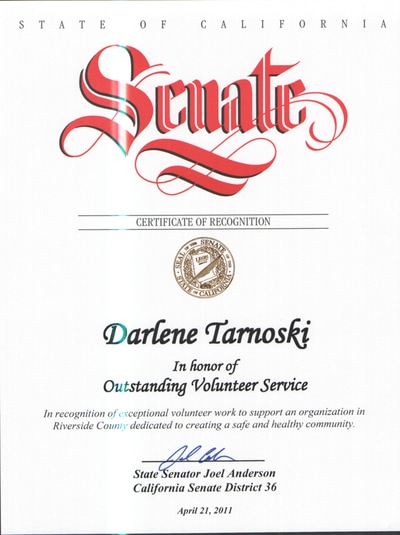 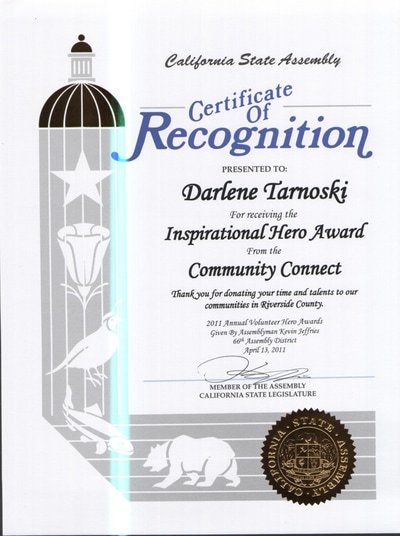 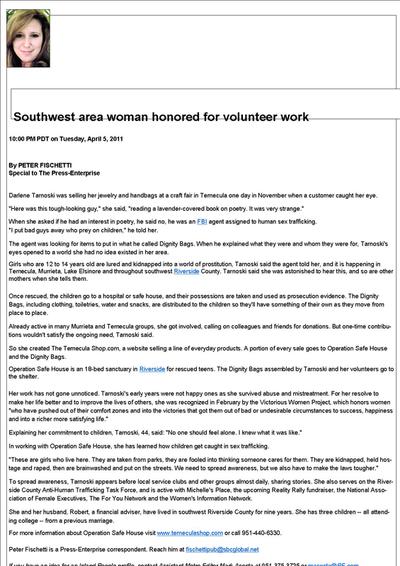 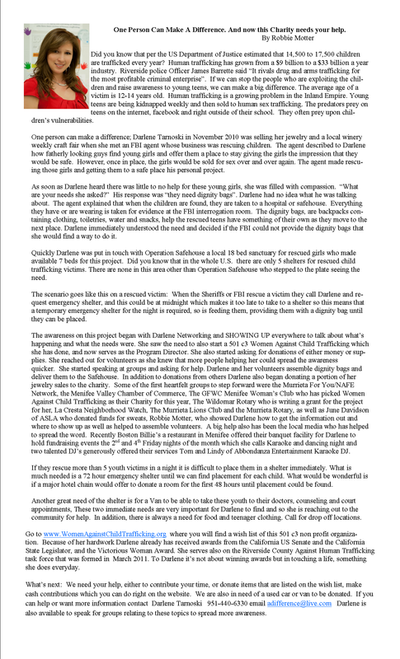 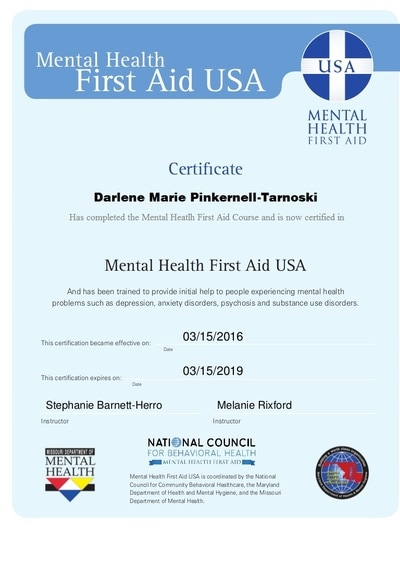